6 Courts to fine tune your game.

Our six hard courts see plenty of tennis and pickleball activity, and thanks to our mild climate, the courts are active year-round.

Our tennis group is active year-round, and we welcome you to join us. You’ll get a great workout and you’ll make plenty of new friends along the way.
Tennis Information
Court Count

Lead by John Hattersley our resident tennis professional, our tennis programs are sure to up your game.

With multiple lesson options and group play you can always have a good time with friends.

Available year round the game doesn't have to stop when the sun goes down.

Special instruction rates available for our members. Schedule your next lesson today! 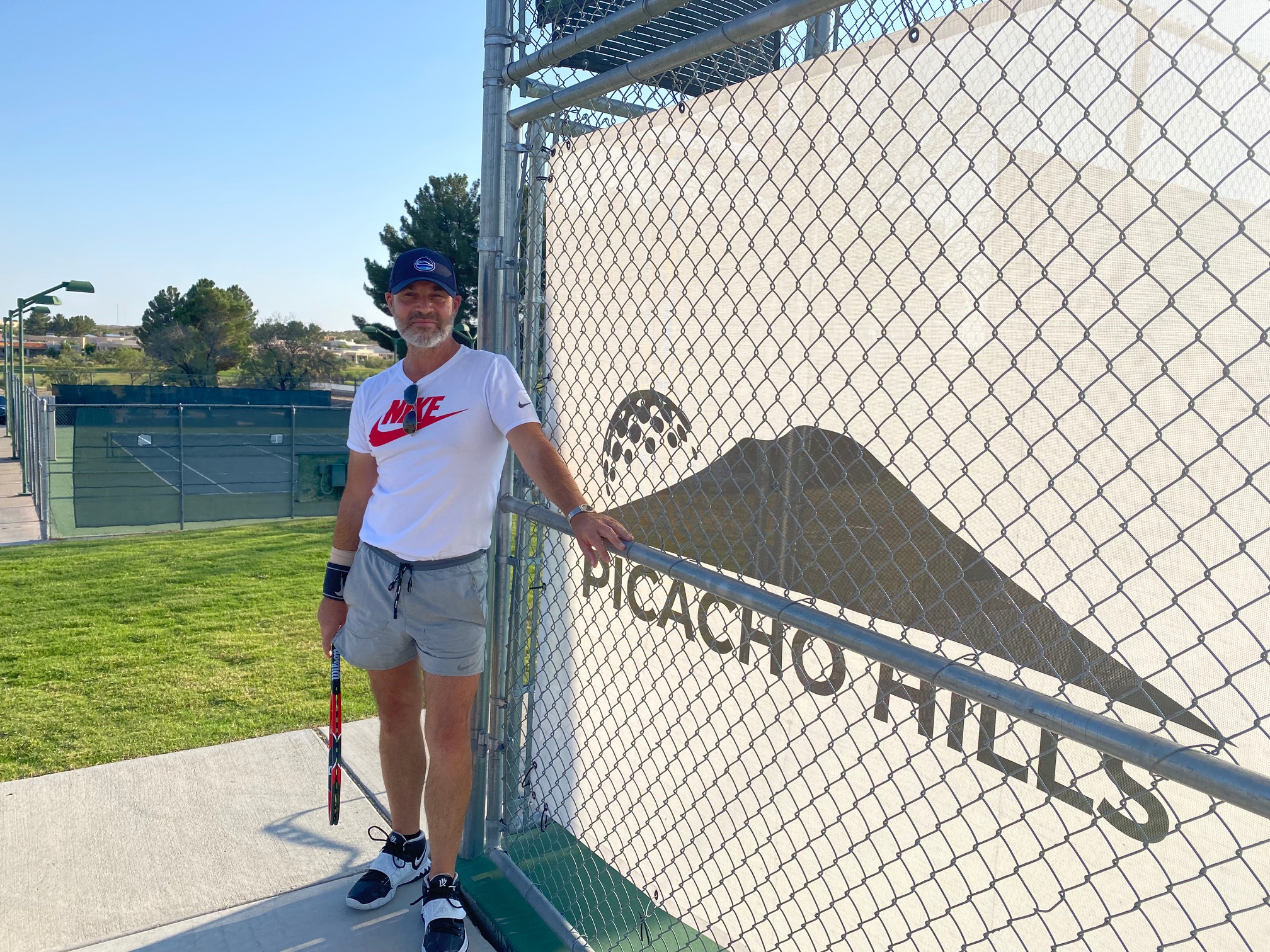 Schedule Lesson
John is a Lawn Tennis Association (LTA)-certified coach and player with over four decades of experience. As a junior player in his home country of England, he played at the Junior Wimbledon nationals and went on to compete at the highest level,eventually turning professional. Two of his top tournament wins include the U18s and U21s Champion at the Hull Open, a tournament that both Pat Cash(Wimbledon Champion) and Yannick Noah (French Open Champion) won. He also competed on the men’s professional satellite circuit until a severe back injury forced him to retire from competing at the Qualifiers at Wimbledon. He trained closely with esteemed coach Lennie Heppell, a specialized movement “guru” who also worked with sports greats Bjorn Borg, Steffi Graf, Kevin Keegan and Peter Shilton.John joined his personal coaches of many years, Keith Reynolds (National Development Coach) and Ashley Broomhead, and coached at the Watchorn Tennis Club in Derbyshire, England where he trained over 20 national players and champions.After moving to the United States in 1984, John took on the role of director of Tennis 128 in Burlington, Massachusetts. There he developed and oversaw all junior programs as well as organized competitive team and social tennis programs for adults.Prior to coming to New Mexico, John was the director of high performance at Marcus Lewis Tennis Center outside of Boston, Massachusetts where he provided specialized individual and group instruction for dedicated players of all ages. During this time, his players won 185 titles at USTA-sanctioned tournaments with three players competing at the Easter Bowl Nationals in the U12s, U14s and U16s. John is excited to meet and work with like-minded juniors and adults here in the southwest region andwe are very pleased to have him as our tennis pro.

Love the website? Have ideas to make it better? Let us know!
GOLFTENNISDINE/drinkevent/WEDDINGMEMBERSHIP/info
Social

© 2021 Spirit Golf Management LLC.
Made with ☀️ in The Cactus State