Stunning views of Picacho Hills Golf Course, the Mesilla Valley and the Organ Mountains offer a picture-perfect setting for our dining room, pub, patio and outdoor venue. Enjoy a dining experience indoors and share a drink with friends at Picacho Pub and Patio… and enjoy indoor and outdoor events and celebrations with family and friends at the most picturesque venue in all of Las Cruces.
make reservation
Restaurant & Bar
Restaurant/Bar Hours

Fine DiningOur cozy and intimate setting that is a cut above the rest!
Member Fine Dining Room Hours

$14
Choice angus beef grilled to order and topped with a savory mushroom gravy and melted swiss cheese. Served with fries.

$12
All American beef hotdog covered in chili topped with a blend of cheeses. Served with fries.

$14
Shaved ribeye pilled high on a French roll with melted Swiss cheese and a side of au jus. Served with fries.

$10
Fresh romaine tossed with house made anchovy dressing topped with croutons and a parmesan crisp.

Soup of the day

Soup of the day

$10
Fresh romaine tossed with house made anchovy dressing topped with croutons and a parmesan crisp.

$14
Choice angus beef grilled to order and topped with a savory mushroom gravy and melted swiss cheese. Served with fries.

$6
With a Danish bleu cheese and horseradish topping

$14
Glazed and grilled with spicy marmalade

$14
Topped with a Tinga style sauce with chorizo, orange and tomatillos served with pickled cabbage slaw and ranchero beans

Want to have a copy of our menu? Download below!

Our dedicated Food Service Professionals are here to ensure your meals and drinks never disappoint.
‍
Tap the profile card below to learn more! 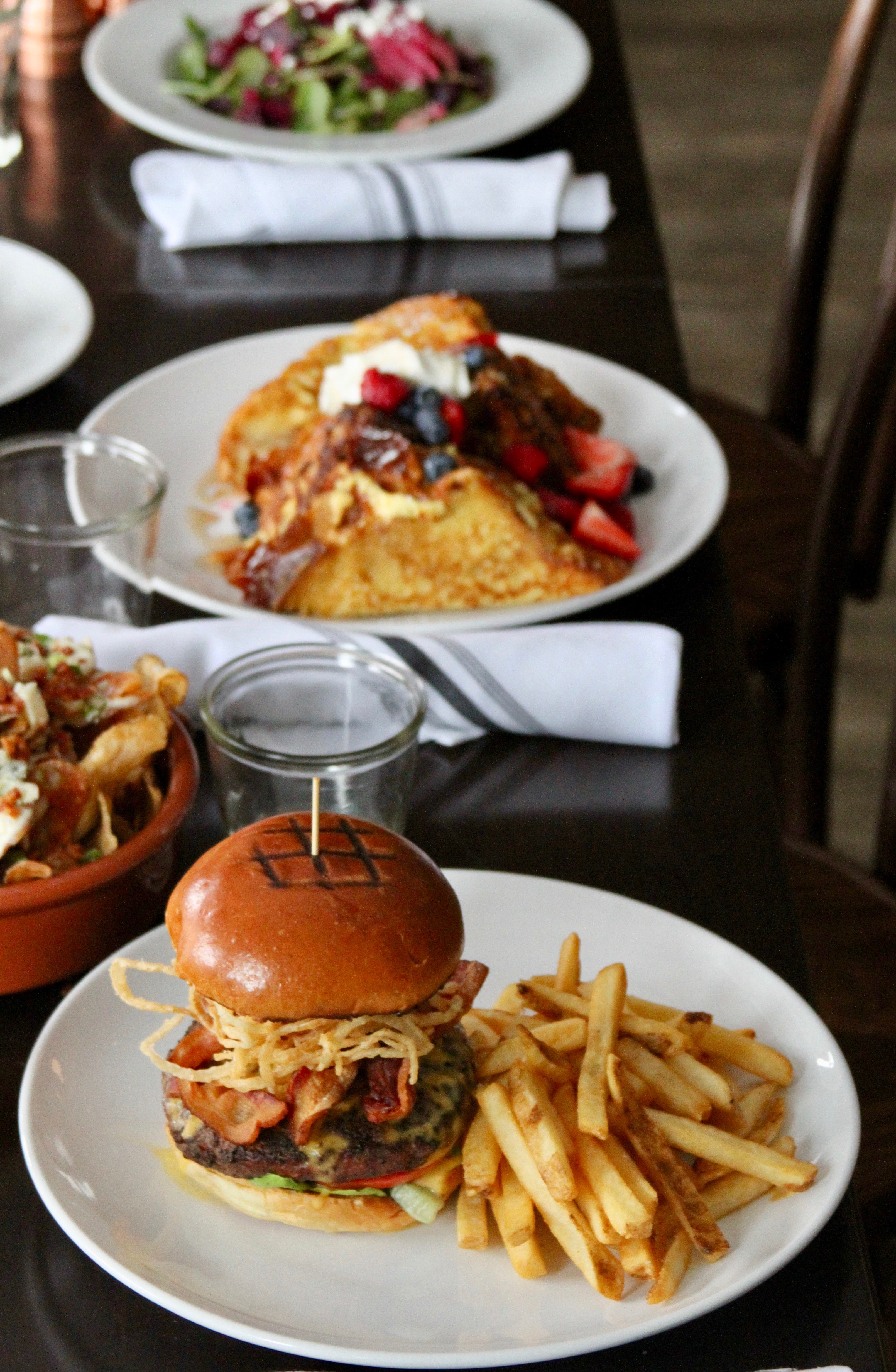 Chef Tim has been working in the culinary industry for over 37 years; He has worked in a hand full of restaurants maintaining a good number of years with each.Chef Tim was born in Milwaukee, Wisconsin, and became interested in foodservice at a young age helping his grandparents who owned and operated concession stands at the Wisconsin State Fair and Raceway. For years, he helped with simple clean-up and grilling tasks for his grandparents, and during this time he meet many famous stock car and formula Drivers including A.J. Folt, Al and Bobby Unser among others.His interest in Foodservice became more than just a simple job he started to work for other operations such as Marie Callenders as an apprentice baker but found that there was more to the culinary world.Chef Nichols ended up in Minneapolis and started working at different restaurants in the Twin Cities where he became a sous chef and kitchen manager with a local restaurant group. This eventually took him to Duluth M.N. where he worked for Black Woods on the Lake along with Chef James Schneller developing the restaurant seasonal menus and every year operating the V.I.P Areas for one of the country’s biggest Jazz and Blues Festivals; again, catering to artists such as Little Richard, Koko Taylor, Johnny Lang and Bob Dylan a Duluth native.After a 130” snowstorm; The decision was made by Chef Tim to move to a warmer climate and headed west through Colorado working in “the Springs” and eventually made it to Albuquerque, New Mexico, then to Las Cruces where he has been Executive Chef with St. Clair Winery and Bistro Now formally known as Lescombes winery for 12 years continuing with menu development and preparing French Parisian wine dinners for guests.When asking Chef Tim what his favorite food is to prepare; you will get the answer of mainly comfort foods something that takes us to our roots. However, Chef has a very multi-cultural background through his family including German/Prussian, Vietnamese, Filipino, Afro-American as well as Mexican and New Mexican Flavors.So when you see Chef Tim walking through the dining room at Picacho Hill Country Club feel free to say Hola, Hallo, Kamusta or Hujambo know matter how we say it a friendly greeting means everything to anyone.

Love the website? Have ideas to make it better? Let us know!
GOLFTENNISDINE/drinkevent/WEDDINGMEMBERSHIP/info
Social

© 2021 Spirit Golf Management LLC.
Made with ☀️ in The Cactus State